LIPA Residential Time-of-Use Customers Beware – Your Efforts to Shift Usage to Off – Peak Hours Is Probably Costing You Money Compared to Regular Residential Rate Payers Who Are Billed the Same Rate Regardless of Time-of-Use.


Have you switched your residential LIPA billing rates from the standard 180 rates to 184 or 188 rates (the “Time of Use” rates, designed to encourage residential consumers to shift as much electrical usage from peak hours to off-peak)?  Did you do so because you believed that doing so would save you money?  If so, chances are, you are mistaken, and you have actually been paying more to LIPA than you would have had you remained in the standard 180 billing category.  Put another way, all those dish washer runs and laundry loads you put off to nights and weekends could have been done during the day, and you would have saved money.

The purpose of having different billing rates for usage during peak hours versus off-peak hours is to drive usage into off-peak times.  The peak charges for energy, particularly during the summer months, are significantly higher than the charges for energy during off-peak times.  As explained by LIPA on its website, “These rates could work for you if you can shift a high percentage of your electric usage to ‘off-peak’ hours.”  The benefit to LIPA is that the more customers shift usage to off-peak times, the easier it is for LIPA to meet Public Service Commission requirements that they have sufficient power available to meet anticipated peak usage available at all time.

Based on Fred’s analysis of his own LIPA bills, his household used 23,712 kWhs between April 2012 and March 2013, approximately 67% of which was during off-peak times.  Surely, he was saving money, right?  Wrong.  All residential rate payers pay a daily Service Charge, regardless of amount of use, and these rates are not equal.  Amazingly, 184 Time-of-Use rate payers, who strive to shift use to off-peak hours, which benefits LIPA, pay $1.65 per day, while standard 180 rate payers, who are changed the same amount for electricity regardless of when they use electricity, pay only $0.36 per day.  Thus, 184 rate payers are billed $470.85 every year more than they would have been billed had they remained in the regular 180 rate category.

While the cost to 184 Time-of-Use ratepayers who shift a majority of their usage to off-peak hours is less than the charge to standard 180 rate payers for the same overall amount of electricity, the question is, do the reduced charges for electricity offset the greater daily charge imposed by LIPA?  At least in Fred’s case, the answer is “no”.  Based on his actual energy usage for the period April 2012 through March 2013, his family paid $225.00 more than they would have had they never switched to the 184 Time-of-Use billing rate.

Perhaps the problem is that his family’s usage is not appropriate for the 184 billing rate.  LIPA’s summary of its residential rates, published in 2012, and available on LIPA’s website, states that “Time-of-Use rates require a special meter that records usage during peak and off-peak hours.  These rates are available as an option to customers who use, or are expected to use:  more than 39,000 kilowatt hours (kWh) annually or 12,600 kWh for the months of June through September.”  When Fred first switched to the 184 billing rate twenty years ago (when LILCO provided our electricity), his family consumed 33,660 kWh during the year before he switched rates, of which more than 19,000 kWhs was used June through September (the summer months).  Clearly, his household fell within the guidelines for who would be eligible for 184 billing rates.

Now, however, Fred’s annual usage has fallen to 23,712 kWh (by doing most of the things recommended to reduce electrical consumption), but 12,564 kWhs was consumed by his household from June to September.  Thus, his summer usage was high enough so that the 184 rates should still have been appropriate.  To make certain that the reason the 184 rates produced a greater total cost to Fred compared to what he would have been charged under standard180 rates was not due to his family’s overall usage being too low, we ran the 180 and 184 billing rates against a hypothetical usage of 39,000 kWhs for twelve months.  Percentages based on Fred’s actual usage were applied to the 39,000 kWhs assumed usage to arrive at total kWhs during peak and off-peak times, and during summer months and the rest of the year.  Again, after applying this hypothetical usage against LIPA’s published 184 rates, the result was that the Time-of-Use rate category would have cost Fred $134.21 more than what he would have been billed under the standard 180 rate.

Perhaps there is another Time-of-Use billing schedule that would be more appropriate.  LIPA also offers Rate 188, which, it states in its 2012 summary of Residential Rates, is “An optional ‘off-peak pricing’ rate for customers whose usage does not qualify for Rate 184.”  While the fixed daily Service Charge for Rate 188 is the same as for 180, $0.36 per day, a $0.10 meter charge per day is added on.  Still, the total fixed daily charge of $0.46 is far less than the daily charge under Rate 184, $1.65 a day. However, the peak charge for electricity during the summer months under Rate 188 is even higher than that charged under the 184 rate ($0.2364 per kWh under 184, and $0.2735 per kWh under 188).  Running Fred’s household’s actual usage through the Rate 188 schedule led to the conclusion that he would  have paid even more under the 188 schedule than he was  billed under the 184 rate, $273.80 more than what he would have been billed under the standard 180 rate schedule.  Assuming he used 39,000 kWhs instead of what his family actually used only made things worse  – they would have paid $461.74 more by being in the 188 Rate category than they would have had they been in the standard 180 category.

Fred brought all of this to the attention of everyone at LIPA who should care, from the COO down to the Director of Regulatory, Rates and Pricing, asking that they go to the LIPA Trustees to change the fixed daily charges and the billing rates in the Time-of-Use billing categories so there would be an actual financial incentive instead of a penalty for those customers who shifted to Time-Of-Use billing.   Thus far, he has received no indication that LIPA is willing to change the rate structures.

On LIPA’s website, however, there is a report adopted by the LIPA Trustees on May 23, 2013 which describes a past experiment designed to encourage residential customers to shift usage to off-peak hours, and which enacts a new tariff for an experimental group to be applied over the next five years. The experiment was conducted between 2009 and 2011.  A relatively small group of volunteers had the 188 billing rates applied to usage, but peak hour billing was applied to a significantly reduced period (peak hours were changed from 10 AM – 8 PM [a ten hour period] to 2 PM – 7 PM [a five hour period]).   The shocking results were that, while 49% of customers in the program reduced their peak usage, 46% increased peak usage.  To remedy this, on May 23, 2013, the LIPA Trustees adopted a new five year experiment which increases the summer peak rate from $0.2735 per kWh to $0.4072 per kWh.  Because much of the increase in electrical usage during summer months is due to air conditioning, it will be interesting to see whether there is any escape for even diligent volunteers who shift as much usage as they can to off-peak hours from having higher rates in light of the very significant increase in rates for the shortened peak summer billing period.

There can be no excuse for the current situation, and current 184 and 188 Time-of-Use ratepayers should not continue to participate voluntarily in billing categories that are likely resulting in higher electrical costs, while LIPA conducts its five year experiment, and continues to reap the benefits of their customers’ efforts to shift usage to off-peak hours.  Even if LIPA can make a case that there are higher administration costs to administer Time-of-Use billing than standard billing (and it is difficult to imagine such costs are significant in this age of computers), the financial benefit to LIPA of shifting usage to off-peak hours is clear and substantial.  If LIPA wants customers to shift their usage, they must provide a proper incentive for them to do so.

One obvious way to do this is to eliminate the 188 Time-of-Use category, leaving the 184 category as the only billing schedule for people who believe they can shift use to off-peak hours.  Further, the fixed daily Service Charge should be made uniform, with everyone in the 184 category paying what 180 ratepayers now pay, $0.36 per day.  Finally, the $0.10 daily meter charge imposed on 188 rate payers (but not on 184 rate payers) should be eliminated.

Applying the proposed 184 rate schedule to Fred’s actual annual usage of 23,712 kWhs, instead of paying approximately $225 more per year as a 184 Time-of-Use ratepayer than he would have under the standard rates, he would have saved $245.85.  This would seem an appropriate reward for shifting his usage so that 67% of his family’s usage occurs during off-peak times.  On the other hand, if Fred consumed 23,712 kWh per year, but instead of using 67% of the annual electricity during off-peak hours as his family does now, he did not shift any use (i.e., 50% used during peak and 50% during off-peak times over the course of a year), running those numbers through the proposed table produces a higher payment to LIPA than the 180 rate would have, in the amount of $180.  Since the purpose of 184 is to shift electrical use to non-peak times, this result too seems appropriate.  We leave it to LIPA to devise a fairer rate schedule than now exists, but it can no longer sit back and ignore the unfair results caused by its Time-of-Use rate structure.

What is the bottom line?  Buyer Beware.   If you switched to the 184 or 188 billing categories, thinking you were saving money while helping reduce the amount of new power sources that will have to be constructed on Long Island, you will have to do your own analysis to determine if you are paying more for the privilege of helping LIPA out.  If you analyze your own bills and conclude you are paying more by being a 184 or 188 ratepayer, or even if you are unsure, you may wish to write to LIPA and demand that you be terminated from 184 or 188 billing, and ask to be put back into the standard 180 billing category.  Only then will LIPA be forced to review its residential billing rates, and come up with a true system of incentives to encourage customers to shift their usage to off-peak hours. 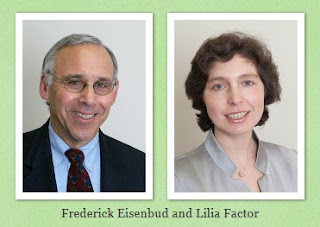 For experienced and knowledgeable environmental law and litigation counsel, call us today at 631-493-9800 or contact us online to schedule your consultation.

The Law Office of Frederick Eisenbud’s Blog is published solely for friends and clients of the Firm and members of the community with an interest in staying current with regard to environmental issues, pertinent laws and regulations, and case law developments. The contents of this Blog should in no way be relied upon or construed as legal advice. For specific information on recent developments or particular factual situations, the opinion of legal counsel should be sought. These materials may be considered ATTORNEY ADVERTISING in some jurisdictions.